Blue swimming crab are widely distributed throughout waters of the Philippines, particularly in nearshore shelf areas at depths above 70m, and are an important species for Filipino fisheries. They are commonly caught in shallow areas using crab pots known as "panggal," but crabbers in the Philippines also use bottom-set gillnets, other entangling nets, and otter trawls to harvest blue swimming crab. The Visayan Sea and Guimaras Strait (i.e., the Western Visayan Seas), are the most important crabbing areas in the Philippines, containing about half of the country's crab picking stations (Mesa et al. 2018). Other fishing areas for blue swimming crab are Masbate (Region 5: Bicol Region), Cebu (Region 7: Central Visayas), Leyte (Region 8: Eastern Visayas), and Palawan (located in the region of MIMAROPA).

The stock structure for blue swimming crab in the Philippines is the subject of much uncertainty. Romero's 2009 genetic anaylsis of crab sampled from various fishing grounds in the country suggested the presence of four distinct stocks (Romero 2009). A more comprehensive analysis from five years later differentiated a cryptic species widely distributed in Filipino waters and possibly originating in Japan from the sensu stricto species (Sienes et al. 2014).

Commercial fishing for blue swimming crab in the Philippines started as early as the 1950s, with a major spike in harvest occurring in the early 1990s due to the crash of blue crab in Chesapeake Bay, USA, and the desire for a replacement to fill demand for that species. Blue swimming crab proved an effective substitute for blue crab on the market, but increased harvest combined with lax regulations resulted in overfishing and a plateau in harvest from the 1990s onward, over which time effort has increased but catch has remained level (Mesa et al. 2018). 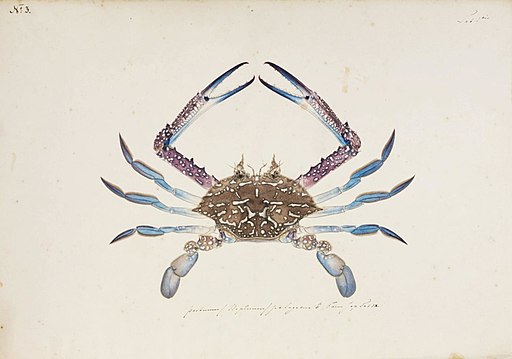